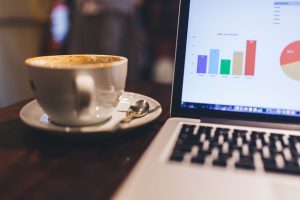 Last week, we said that this week we’d talk about three engagement metrics that really matter. The three are:

When you post, whether it’s a web page, a blog or Facebook post or a tweet, how would you describe what you put up there for visitors to look at? Be very honest, now. Are you shouting at them? Even just a little? Without meaning to?

Suppose, just for a moment, somebody approaches you on the train on your way to work tomorrow morning and tries to interest you in something. And suppose they present it as though they’re a newsreader or the host of a TV chat show. You’d have the feeling that you were being talked at, and not to. That this person, whoever it is, sees you not as an individual who could be both interested and interesting but as part of an audience. Needing to be entertained but not really to be engaged.

Now suppose that you’re still on the train and you’re still engaged by a complete stranger but this time what the stranger does is try to initiate a conversation with you. To talk first about the weather, or something else that might interest you. The lack of punctuality on the part of the train company, perhaps, but also something positive like the catering trolley they’ve introduced and how good the coffee is.

“Conversation rate” is important because it assumes – correctly – that most people will be more likely to respond positively to the second stranger than to the first. That most people would prefer to be part of a conversation rather than being talked at (or – worse – shouted at) and that they’d be more likely to engage with (and, ultimately, buy from) someone who treated them the way they preferred to be treated.

The fact is that the Internet is not television and shouldn’t be treated as if it were. Before you can have conversion you need conversation. And calculating it is easy:

conversion rate = number of audience comments or replies per post

We don’t know how many followers you have on Facebook or Twitter or how many subscribers there are to your blog. Let’s say, for the sake of argument (and to keep it simple) that you have 1,000 on each. So, if you tweet, the maximum number of people who can see your tweet is 1,000. Right?

Well… no.  You may have one thousand in your Twitter network but everybody in your network has a Twitter network of their own. Some of them may be followed by only five people and some by twenty thousand. So the potential reach of your tweet (the degree to which it can be amplified) is not your network alone but the total of all the networks to which you are connected.

This is simple; just measure the number of likes you get on Facebook or your blog and the number of times your tweet is favorited.

Next week we’re going to be talking about why these things matter and how you can improve your ratings (and what that will do for your business).